Council leader Liz Green among a group of campaigners and candidates launch the party's 2014 manifesto which contains a commitment to build four new primary schools and another new secondary.  At of course the Willoughby Arms... 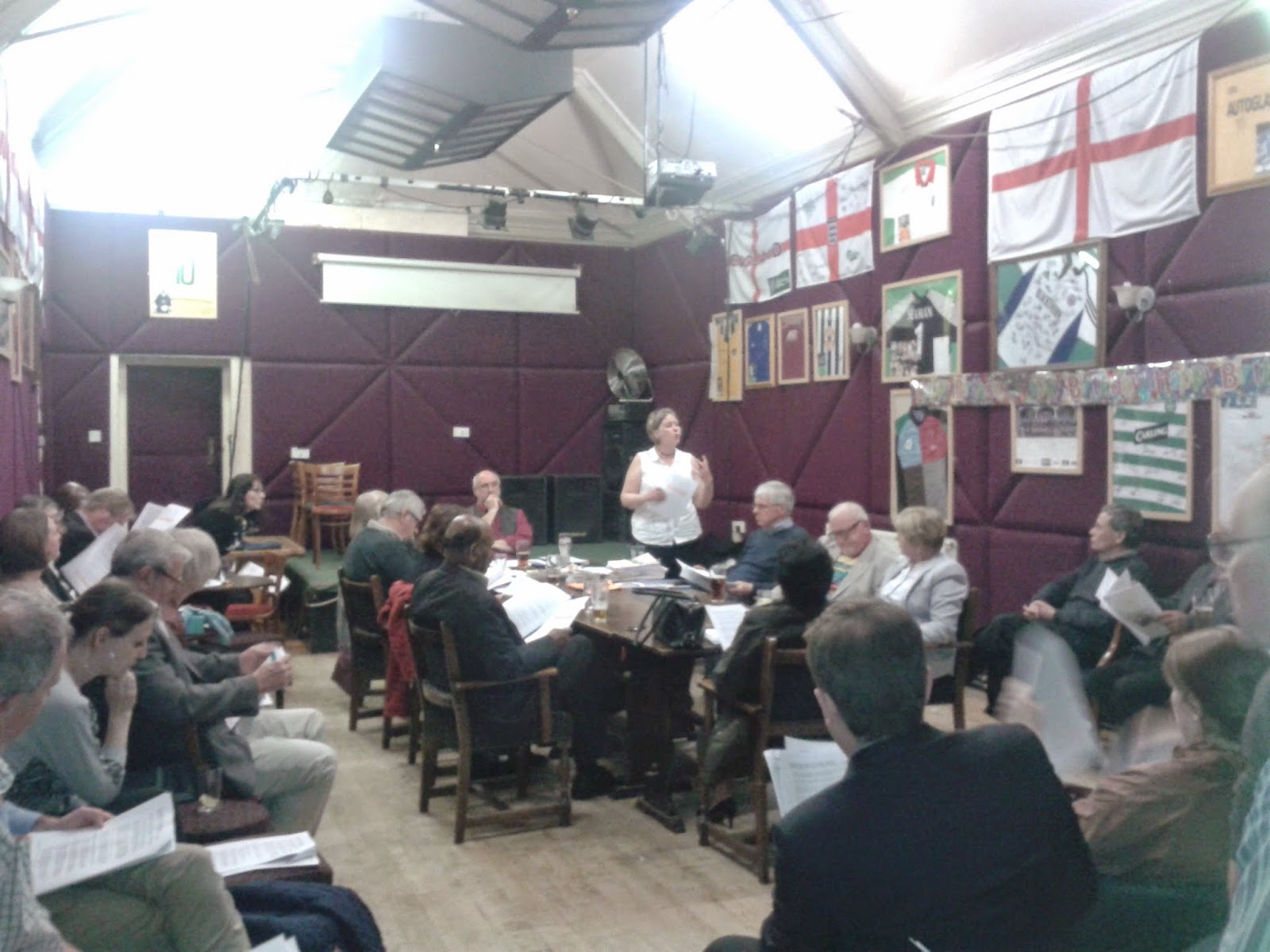 With the sad news of the death of Margo MacDonald earlier today many tributes have been made about her many achievements on the Scottish political scene.  But what is probably less well known is that Margo was a season ticket holder at Easter Road, leading to this tribute from the club this afternoon.

One interesting consequences of her death is that she has no replacement on the list as she stood by herself.  And unless the Parliament makes provision for a list by-election (which I don't think it does) then her replacement will come from another list - which may mean the Lib Dems gain her seat.

Edit 11.40pm - apparently according to section 10(2) of the Scotland Act her seat will remain vacant until the next Scottish general election.
Posted by Dan Falchikov at 21:51 No comments: