Why are the Tories supporting fraud probe councillor Dennen?

This blog reported earlier this year the strange goings on over the forced resignation from the Lib Dems of Canbury Cllr Tim Dennen.

It has now emerged - according to this report from local newspaper the Surrey Comet - that Dennen is being investigated for benefit fraud. A crime for which, if convicted, would almost certainly see him being thrown off the council.  The report also makes clear that Kingston's Tory councillors knew full well what these 'personal reasons' for his resignation were.

Yet it didn't stop them voting Cllr Dennen into the post of Neighbourhood chair - with an £11,500 pay rise to boot.  And when it became clear the benefit fraud investigation made his position untenable it still didn't stop the Tories working closely with Dennen.

Last week, Cllr Dennen was replaced as neighbourhood chair by long serving Conservative councillor, Dennis Doe.  Guess who was one of his proposers?  And guess whose vote was crucial in allowing the Tories to grab control of a committee they have a minority of councillors in?  That's right Cllr Dennen.
Posted by Dan Falchikov at 06:30 2 comments:

The Olympic trickle down effect comes to Kingston... 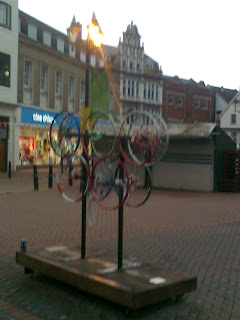 This cycling based sculpture in Kingston's historic market gives the impression that it is not exactly official...
Posted by Dan Falchikov at 22:33 No comments:

Here's a girl group who sound like they ought to be scrapping outside a Scottish pub, but in fact have come up with a modern motown classic...

On C4 news tonight Shadow Chancellor, Ed Balls, called for a grand coalition to deal with the economic crisis.  You can watch it here.


Obviously, given it's Balls he is unlikely to be serious about the offer - he's only interested in the short term tactical embarrassment ot the government.  But it carries risks for Labour - if they were brought into the key economic decisions, then they become just as culpable for this stage of the recession as the Lib Dems and Tories.  And that can only be a benefit to the coalition parties.

Which is why they should take him up on his offer.  But given the personal animosity between Balls and Osborne, the offer will be rejected and Balls's tactics will have (again) won the day over the supposedly superior strategist, Osborne.  But that shouldn't stop Vince Cable entering the fray.
Posted by Dan Falchikov at 00:45 No comments:

...this blog is delighted to have exclusive access to the document produced this morning by the Department of Communities and Local Government outlining Eric Pickle's achievements over the last two years: 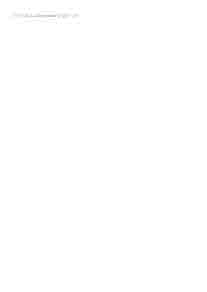 Posted by Dan Falchikov at 12:16 No comments:

Two minutes 17 seconds of US punk legends the Ramones...

... I saw this on Facebook and had to steal it! 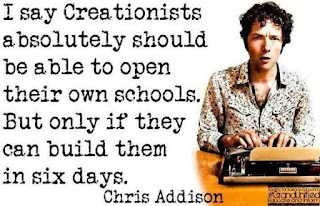 Posted by Dan Falchikov at 20:37 No comments:

The dangers of creationism...

The Grauniad reports that Education Secretary, Michael Gove, has given the go ahead for three new free schools with a fundamentalist Christian ethos - including the teaching of creationism.  But not apparently part of the science curriculum, so that's OK then.

It is clear from Gove's recent axing of proposals for a much needed new community secondary in north Kingston, that he has gone free school mad - to the exclusion of any other model.

And allowing dangerously deluded educational theories - such as creationism and so called 'Accelerated Christian Education' - outlined in this excellent blog - a foothold in UK schools is dangerous to the children involved.

Gove needs to reign back his enthusiasm for free schools.  Instead he and his department should focus on ensuring all schools provide quality education for their students - free from extremist dogma - of whatever persuasion.  He wouldn't allow a fundamentalist muslim jihadist school - so why does he allow its Christian equivalent?
Posted by Dan Falchikov at 10:18 4 comments:


Deep Purple key board player Jon Lord died today after losing his battle with cancer.  Here they are in their early 70s heyday with Child in Time.

Posted by Dan Falchikov at 21:05 No comments:

A navy 'gunboat' up the river, shoot to kill orders for airforce crew, more than 3,000 troops deployed, massive electric fences and surface to air missiles on local people's homes.  One might imagine we're living in some oppressive dictatorship determined to clamp down on dissent.

But no this is London two weeks away from a festival that's supposed to celebrate - ahem - 'the spirit of friendship, solidarity and fair play' (at the same time as being washed down by a glut of Coke and Big Macs).

The ludicrousness of this festival of security is summed up by a simple question.  If a rogue plane refuses to leave the 'no fly zone' over the Olympic park will Home Secretary, Theresa May, give the order to shoot it down - killing everyone on board and no doubt hundreds on the ground in one of the most densely populated parts of Europe?  If the answer to that is 'no' then the measures are pointless.  If the answer is 'yes' - well I'll leave my loyal reader to fill in the blanks...
Posted by Dan Falchikov at 23:27 No comments:

Email ThisBlogThis!Share to TwitterShare to FacebookShare to Pinterest
Labels: Olympics, security, Theresa May

So farewell then Rangers

The overwhelming decision by Scottish Football League clubs to accept a newly formed club called Rangers to replace the now defunct Rangers (1872) is a victory for sporting integrity and common sense.  The new Rangers will start at the bottom of the league - like any other new entrant to Scottish football.

Scottish football authorities have been trying to shoehorn a new club into the upper echelons of the league to preserve as much of the failed status quo as possible and may well not take this latest 'no' for an answer.  They shouldn't bother - the vast majority of Scottish football fans want Rangers (who afterall went belly up owing the public £80 million in unpaid taxes) to be treated like anyone else.

A competent management shouldn't be trying to rewrite history they should be adapting to the new reality - financial and otherwise - and act for the best interest of all involved in the game.  These people have overseen a slide down the international rankings of the national team, the collapse of several not particularly generous TV deals and have refused to restructure the game to prevent the slide into mediocrity.  Until now.

But a restructure is needed - not just to save one half of the poisonous duo that have dominated Scottish football for more than a hundred years.  And it is clear that Neil Doncaster and Stewart Regan - the not so dynamic duo who have been trying to force the reformed Rangers up the league structure - are now so damaged (35 out of the 42 clubs in Scotland rejected their advances) that they should resign.

Out of this crisis should come a plan for the long term future of all Scottish football - overseen by people with the best interests of the game at heart.
Posted by Dan Falchikov at 21:46 No comments:

Here's two thirds of the American band Fun with 'We are young' on Radio 1's live lounge.  Just proving that sometimes a little less production is better than more...

Posted by Dan Falchikov at 20:00 No comments:

Posted by Dan Falchikov at 22:08 No comments:

Give the Lords reform rebels what they want

It was always the case that just ten days was always going to be far too short a period of debate for proper consideration of the Lords' reform bill.  Some of the proposals in the bill are deeply flawed - like the single 15 year term limit (an invitation to sloth and inactivity) - but its thrust is generally in the right direction.  It is unacceptable in a democracy for lawmakers not to have a public mandate and the sooner we move to an elected chamber the better.

So the coalition needs to listen to the views of the bill's opponents, the Labour party and others and adapt the proposals accordingly.  It also needs to timetable a lot more time for debate.  So instead of MPs breaking up for a near two month break over the summer - why doesn't the coalition recall them and use this time to allow the extended debate the rebels are demanding?
Posted by Dan Falchikov at 23:23 No comments:

After a hard fought election campaign feet are tired and brains are often befuddled by the exertions of the campaign (and the celebrations/commiserations afterwards).

One can only assume that this is the reason for this frankly unhinged slur from Kingston Conservatives after their narrow defeat in Grove ward.

Posted by Dan Falchikov at 21:44 No comments:

An interesting documentary on the Beeb this week about the 25th anniversaty of Paul Simon's Graceland album and the controversy it caused in breaking the UN cultural boycott of apartheid South Africa.  It's well worth picking up on iplayer.

But it reminded me of another more obscure artist (at least in the UK) who also fell foul of the boycott - Jonny Clegg.  Here he is with his band Jaluka with Scatterlings of Africa from May 1987 his only UK hit.

The excellent Rebekah Moll has held Grove ward for the Lib Dems with a tiny majority of just 23.

Posted by Dan Falchikov at 03:11 No comments:

Not so ironic now... 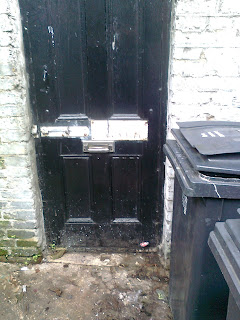 I guess that's Lib Dem action for you!
Posted by Dan Falchikov at 10:03 No comments:

I saw this while out canvassing in Grove ward the other evening... 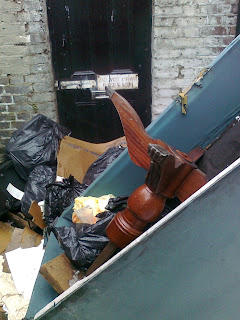 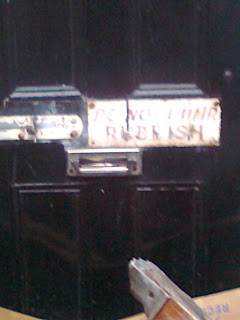 Posted by Dan Falchikov at 15:30 No comments:

Diamonds are not forever

The resignation of Bob Diamond is welcome - even if a week or so late.  It is likely to be the first of many as the various investigations and enquires start to unpick the complex web of corruption in the banking industry.

On these matters Cicero is usually spot on.  And his call for the government to take urgent action to split the big banks up is essential reading.

Posted by Dan Falchikov at 11:51 No comments: