Is this the most ludicrous regulation ever?

Early this year as part of its 'Red Tape Challenge' the government consulted on whether it should keep, amend or abolish the Code of Practice on Noise from Ice-Cream Van Chimes Etc. 1982 (And I am not joking).

The code restricts the volume, timing and length of operation of ice-cream van chimes and was introduced by that paragon of laisse faire - the Thatcher government.

A grand total of 57 people and organisations responded - with just over a quarter coming from the noise abatement society and environmental health, who needless to say, were dead against repeal.

So it wasn't surprising the men from the ministry conclude:

"Some relaxation of the Code will give mobile vendors more flexibility when chiming to advertise their business - thereby satisfying one of the aims of the Red Tape Challenge – whilst still providing a framework for good practice and minimising the risk of disturbance."

One can only conclude by wondering whether there is any point to the 'Red Tape Challenge' if this is the nonsense they come out with?

And more importantly what would Eric Morecambe make of it?

Posted by Dan Falchikov at 13:03 No comments:

Posted by Dan Falchikov at 19:30 No comments:

The Beverley Ward by-election in New Malden has seen the first Tory gain from the Lib Dems in Kingston since the mid-1980s.

There are a number of reasons for the loss - not all of them obvious - which I may return to in due course.
Posted by Dan Falchikov at 01:03 No comments:

Beverley voters go to the polls

It's going to be a close run thing and an active Labour campaign with a well liked candidate combined with a lacklustre UKIP effort may bring bad news later today for local Lib Dems and MP, Energy Secretary, Ed Davey.

Labour have proved to be strong in the well heeled detached houses of Malden Hill where their candidate lives (and traditionally good for Lib Dems) as this photo shows: 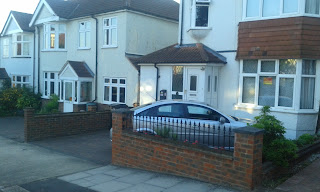 But a big increase in the Labour vote with the Tories not being challenged by UKIP to the same extent is likely to hand the vacancy to the blues.  And that would mean these anti-Tory voters waking up - for the first time in 28 years - with a Tory councillor...
Posted by Dan Falchikov at 14:16 No comments:

Lawrie Reilly the great Hibs forward of the 40s and 50s and last remaining member of the 'Famous Five' forward line that propelled Hibs to three titles in four years - has died at the grand age of 84.  In a weekend of departures - including that of Bert Trautman -  Reilly's contribution to Scottish and British football cannot be underestimated.  The stats speak for themselves:

Debut at 17, 18 hat-tricks, three league champion's medals, including back to back championsips in 1951 and 1952, 185 league goals and 22 goals for Scotland in just 38 appearances - a strike rate second only to Hughie Gallagher.  Oh and a part of the first British team to play in the European Cup in 1955.

Here he is interviewed last year about the exploits of the 'Five':

'Gie the ba' tae Reilly'
Posted by Dan Falchikov at 21:39 No comments:

With today's sad news of the death of Mel Smith at the age of just 60 British comedy has lost one of its finest talents.  Not the Nine O Clock News on which he made his name was a ground breaking sketch show that reintroduced an eager audience (including me) to satire and underpinned the British comedy revolution that was know as 'alternative comedy'.  Here is Smith on top form in a sketch that completely undermined the objections to the Monty Python masterpiece 'Life of Brian' - and probably did for what was left of Malcolm Muggeridge's credibility after the 'blasphemy' debate on BBC2's Friday Night, Saturday Morning.

Posted by Dan Falchikov at 22:10 No comments:

With the bankrupty of Detroit - what used to be the fourth largest city in the USA - here's Martha Reeves and the Vandellas - one of the early Motown acts. Enjoy...

Posted by Dan Falchikov at 22:55 No comments:

I'm not quite sure what Brian Redhead is doing in this clip.  But it adds a degree of randomness to one of the UK's finest punk bands:

Lib Dem Voice (and other Lib Dem bloggers) have rightly highlighted the Office of National Statistics report that shows income inequality is now lower than at any time since the mid 80s.  And it is partly down to the Lib Dem policy of taking low paid people out of income tax altogether.

But buried in the report (on page 7) is the following table showing the effective rates of tax for each quintile of the population: 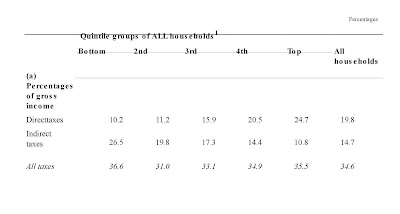 What it basically shows is that each section of the population pays about 35% of their income in tax - effectively a flat tax.  Something this blog first discussed more than two years ago.

Posted by Dan Falchikov at 00:04 No comments:

Stopped off at New Malden on the way home this evening to do a spot of canvassing in the Beverley by-election.  At the station South West Trains are finally doing some improvement works and have stripped off decades worth of advertising posters to reveal these rather tattered BR Southern Region posters from 1969: 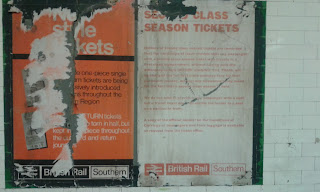 Close up of right hand poster: 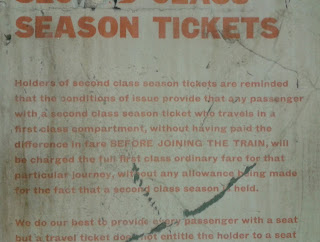 Close up of left hand poster: 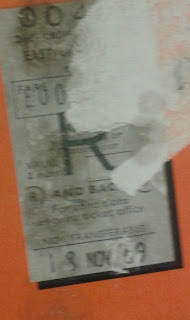 Posted by Dan Falchikov at 23:17 No comments:

Harriet Harman is being economical with the actualité

So why then have the Labour Party taken into 'special measures' (in effect suspension) at least 14 constituency parties? Many of these are also in the process of selecting parliamentary candidates.

The Labour List blog describes the process as a 'Kafkaesque farce'.

Posted by Dan Falchikov at 21:54 No comments:

British winners of the men's title at Wimbledon only ever happen when there is a Conservative Prime Minister leading a coalition government...
Posted by Dan Falchikov at 21:21 No comments:

In memory of Edinburgh bluesman Stevey Hay who died unexpectedly this week.  Here's he is perfoming with his band 'Shades of Blue' late last year at Edinburgh's Voodoo Rooms.

Posted by Dan Falchikov at 21:49 No comments:

That a steam engine called Mallard reached 126 miles an hour on the East Coast mainline near Grantham, Lincolnshire. The Beeb and others have lots more.  But I stumbled across this film earlier - an attempt to show how fast that really looks using 1930s technology:

Posted by Dan Falchikov at 23:39 No comments: 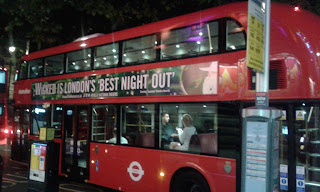 Posted by Dan Falchikov at 09:37 No comments: