A Farron victory is necessary, but it's not sufficient

It was a pretty easy choice - Tim clearly understands a different direction is required.  One that builds from the grassroots up.

In contrast Lamb is campaigning as if we narrowly lost out in the election and with a bit of refining our messages, government is again around the corner.

But strangely if the party had just narrowly lost out and some of the party's big guns had held on - Steve Webb, Ed Davey, Lynn Featherstone etc - a leadership contest would almost certainly have been held involving one of more of them, Tim Farron but probably not Norman Lamb.  He's only in the race because of the lack of other credible candidates.

Back in 2012, I first warned of the existential threat the party faced if it carried on in government as it had been doing.  It sadly did.  And it was routed as a result.

The Lib Dems are now a minor Westminster party - scrabbling around with the DUP and Plaid Cymru for time and traction.  Its profile as a national political force has gone and the credibility it had in appearing to challenge to win parliamentary seats has been lost.  A Westminster insider strategy won't magic that back and merely not being in government any more won't win back the lost voters - witness Labour gaining another Lib Dem council seat in a by-election in Cambridge last week.

The party needs to park its Westminster ambitions - use what's left of its troops to fight a guerilla war on the green benches and make as much nuisance as it can to the big parties.  But all the party's resources need to be focussed on building a mass liberal movement - using the opportunity of the Euro referendum to make the  liberal political case across the country - just like the SNP used the indyref for the nationalist cause.

But although I think Tim realises the scale of the challenge the party faces I remain unconvinced he knows how best to go forward - the pull of the Westminster establishment is strong - witness his recent appointment of those arch policy wonk insiders - Duncan Brack and Neil Stockley.

Changing policies is simply rearranging the deckchairs on the Titanic.

The party needs to reinvent politics itself - finding new ways to communicate and building the skills and expertise of its members and supporters to enable new political solutions, policies and organisational structures to emerge.

It's year zero for the Lib Dems and whoever wins the leadership needs to understand things will never be the same. 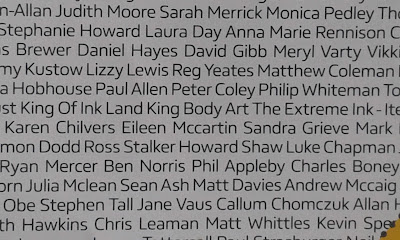 I suppose if we're in a fightback we better get some tats...

Posted by Dan Falchikov at 20:57 No comments:

Simon Danczuk - Labour MP for Rochdale - is a typical northern Labour tribalist who can see no good in his political opponents.  However he has worked tirelessly to uncover allegations of child sexual abuse in high places - even though the alleged perpetrators are dead in the case of Cyril Smith or demented in the case of Greville Janner.

But earlier this week he claimed that Janner had sexually assualted boys in the Palace of Westminster in the 1980s.

Now whether this timing is deliberate or not, it does mean that Lib Dem Leadership candidate Norman Lamb will be asked what he knew given he was, bizarrely, Janner's research assistant for a year at the time the abuse was alleged to have taken place in Westminster.

There is, of course, no suggestion Lamb was involved, but given David Steel is still quizzed about what he knew about Smith's alleged activities, Lamb if he wins won't be able to ignore similar probing..
Posted by Dan Falchikov at 00:50 No comments:

A rather splendid accoustic version of the Guns n' Roses classic: 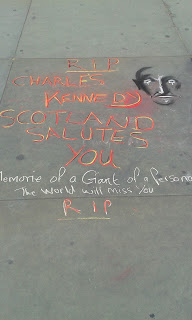 Posted by Dan Falchikov at 22:07 No comments: