Can you solve the gerrymander jigsaw?

US political website Slate has a rather fun game...

Posted by Dan Falchikov at 11:30 No comments:

Email ThisBlogThis!Share to TwitterShare to FacebookShare to Pinterest
Labels: gerrymanders, US

Here's Bastille with Pompei at the British Museum earlier this year...

Posted by Dan Falchikov at 23:22 No comments:

A routine hold for the Lib Dems in South Lakeland with a small swing to the Tories:

Posted by Dan Falchikov at 12:34 No comments:

Email ThisBlogThis!Share to TwitterShare to FacebookShare to Pinterest
Labels: By-elections

There appears to be just a single principal authority by-election this evening. It's in the Windermere and Bowness North ward of South Lakeland District Council.  As the Lib Dems had almost two thirds of the vote last time and the ward is in the redoubt of Party President Tim Farron anything other than a comfortable Lib Dem win would be a shock.

A correction from last week.  I mistakenly thought that the Lib Dems fought both Scarborough wards, but they only fought Ramshill where their vote slumped to 56 - just 9.6%.

Former Kingston councillor Adrian McLeay had the best Lib Dem result of the night coming second in Doncaster with 261 votes and 12.1%.

In total 392 people voted for the party.
Posted by Dan Falchikov at 17:00 No comments:

Clegg should listen to Alex Wilcock on Syria

Love and Liberty by Alex Wilcock sums up perfectly my view on the unfolding Syria crisis:

"One of the few bits of moral high ground we still have that lets our supporters sleep at night (and still vote for us) is that unlike the Labour Party, at least we didn’t invade another country and soak ourselves in blood in defiance of international law."

Posted by Dan Falchikov at 15:36 No comments:

Sheep sacrifice quote of the day

Commenting in advance of tonight's Champion's League match at Parkhead, Shakhter Karagandy's manager, Viktor Kumykov, suggested they may again sacrifice a sheep before kick off saying:

"As far as we know in Scotland the agriculture is very developed so it shouldn’t be an issue to find a sheep."
Posted by Dan Falchikov at 12:36 No comments:

According to the usually reliable Vote UK Forum there are four local council by-elections this evening - in Doncaster, Lincoln and Scarborough x2.  And for once the Lib Dems are standing in all four - an improvement on the last time the wards were fought, where the party failed to find a candidate in the safe Labour Doncaster ward of Askern Spa.

This time in Askern Spa the Lib Dem candidate is one-time youngest councillor in the UK, Adrian McLeay - a former Lib Dem councillor in New Malden's Burlington Ward which was a predecessor to the ill fated Beverley.

The other result to look out for is in Scarborough's Ramshill ward where the Lib Dems won one of the two seats in 2007.  Last time they were fifth - albeit only 90 behind the successful Tory.
Posted by Dan Falchikov at 19:00 8 comments:

40 maps that help make sense of the world

This is well worth spending some time on.  Particularly No. 38.
Posted by Dan Falchikov at 22:33 No comments:

In memory of Charlatans drummer Jon Brookes, who died earlier this week, here are the band with their biggest hit 'The only one I know' which wouldn't have been out of place on the Stone Roses first album.

The results (courtesy of Vote UK Forum) from the two elections the Lib Dems fought last night and the 'good news' is that four and a half times as many people voted Lib Dem this week than last:

Last week saw council by-elections in Merton, Redcar, Swindon and Waveney in Suffolk.  And the Lib Dems polled 196 votes - not in any one of the contest, but in all four put together.  Swindon saw the highest share of just 3%.

The result from West Bershire will undoubtably be better than anything last week or the others this week - but it shows how weak the party's infrastructure is if it can only seriously fight one in eight by-elections - some of which are in seats the party used to have MPs in.
Posted by Dan Falchikov at 23:33 No comments:


The ever excellent David Boyle has recently been ruminating on the nature of public service and the general uselessness of particularly the Labour Party in overseeing their provision.

His '450 bus theory' - named after a friendly local bus service in the Cyrstal Palace area of south east London is about how human scale is missing from many public services leaving the users disempowered and at the mercy of bureaucratic indifference.

Well what to make of St George's Hospital in Tooting who have launched a version of Google Maps for their patients and visitors?  Sounds very sensible and helpful you might think in helping their patients to get to their appointments on time.  But the version of Google Maps is for the internal layout of the hospital which has grown so vast in recent years that patients are frequently getting lost inside the buildings rather than on their way.

I have some personal experience of St George's and it is an enormous, souless, impersonal and depressing place even if its staff are extremely expert in their medical specialisms.  And I wouldn't wish an illness sufficently serious for anyone to end up there because of this.

The current round of NHS service centralisations will lead to more St George's - as would Labour's idea of nationalising social care.  It's why we continue to pour billions into the NHS but never see the true value of this investment.

David Boyle is right - smaller and more personal services are the way forward - but who in government (and especially the Lib Dems) is going to have the courage to take his argument forward?
Posted by Dan Falchikov at 00:12 No comments: 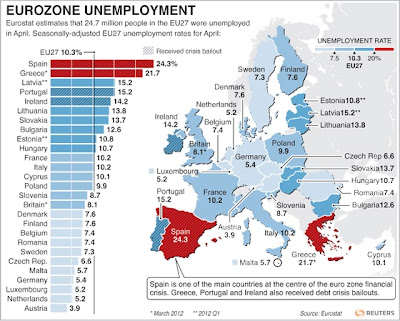 And there's one other fact that Labour might not want to publicise from their own research - those people in the public sector enjoy substantially higher pay than those in the private sector and have seen their pay drop by half the rate of those in the private sector.  So it will be interesting to hear their justification for the substantially better terms, conditions and (particularly) pension rights public sector employees continue to enjoy, when the IFS say, "In 2009, the average public-sector worker earned about £16.60 per hour, which dropped to about £15.80 in 2011, while, hourly pay for private-sector workers in 2009 was just over £15.10 and dropped to about £13.60 in 2011."
Posted by Dan Falchikov at 01:03 1 comment:

Featuring the wonderfully named Leg of Mutton and Cauliflower in Ashtead.

Posted by Dan Falchikov at 11:45 No comments:

Today saw the funeral of Lawrie Reilly - last of the 'Famous Five'.  Here's a tribute video put together by the Hibernian Historical Trust.

Posted by Dan Falchikov at 22:04 No comments:

The Edinburgh Evening News reports a doubling of the number of new homes built along the soon to be reopened Waverley Line.

This is a not unexpected consequence of the reopening - and one that I suspect may not have fully been costed in its cost benefit analysis - given we are still two years away from the first train service. If so it should make the economic case for more rail reopenings that bit more positive.
Posted by Dan Falchikov at 13:24 No comments: