News out of Kenya in the last couple of days suggests that the International Criminal Court's case against Kenyan Presidential contender Uhuru Kenyatta is beginning to unwind.

Firstly, the prosecutor has asked the court to put back the trial until August to give them more time to prepare.

And secondly, they have referred the case against the former Head of Kenya's Civil Service Francis Muthaura back to the pre-trial chamber due to a key witness being found to be too unreliable for use as a prosecution witness in the upcoming trial.

But strangely the prosecutors haven't done the same for Kenyatta - even though Muthaura's and Kenyatta's cases are in effect the same case.  The key witness who is now too unreliable for Muthuara is the same (and only) key witness for Kenyatta too.

Lead defence counsel for Kenyatta - Stephen Kay QC - said, “Mr Kenyatta and Mr Muthaura are the defendants in the same case. Therefore, if the Prosecutor has found the case against Mr Muthaura so weak that it must be returned to the pre-trial chamber for re-examination, so it must be done for Mr. Kenyatta."

Posted by Dan Falchikov at 13:31 No comments:

Email ThisBlogThis!Share to TwitterShare to FacebookShare to Pinterest
Labels: Kenya

It will be interesting to see if David Rendel seeks another nomination given his stated desire to return to Westminster.
Posted by Dan Falchikov at 07:26 1 comment:

The Rennard crisis from afar

The Lib Dems have been hit by a fire storm in the run up to vital elections on Thursday - not just in Eastleigh but in a number of local by-elections including the very marginal Berrylands in Kingston.

I've just watched the closing statements of the second ever Presidential debate in Kenya - where more than 14 million voters go to the polls a week today - and the minutiae of the scandal seems somewhat irrelevant.  Elections in Kenya are closely fought and last time round ended in a bout of ethnic violence that killed 1,300 and disposessed many thousands of others.  And the repercussions of which are still troubling Kenya today.

But what the Rennard crisis does show is that small volunteer organisations - dominated by a few big and professional personalities - have an inbalance in power and influence and when you add in tribal loyalties create an atmosphere where ranks easily close around the key figures.


But there is a longstanding problem in the party - wider than just the Rennard allegations and how they may or may not have been dealt with - that we really do not value the input of our members and supporters properly. Most local parties only use people as delivery or canvassing machines, a small clique carry on running the local party and new ideas are frowned upon.

Nationally the party makes almost no effort to engage with the membership - other than to ask them for cash. Our heamorrage of membership post coalition has been exacerbated by the way we treat our wider membership. So I hope that whatever comes out of the specific investigation also leads to a wider debate about how we value and enthuse our membership in future.
Posted by Dan Falchikov at 20:22 2 comments:

West begins to roll back from Kenya sanctions

Kenya goes to the polls a week on Monday and it looks like it will go down to the wire between Raila Odinga and Uhuru Kenyatta.  Kenyatta, of course, is due to defend himself sometime in April against charges of crimes against humanity at the ICC regarding post election violence in 2007.

This has lead to the accusation that western powers won't do business with ICC indictees - which has unleashed a whole variety of diplomatic issues as well as, crucially, being seen by many Kenyans as the old colonial forces trying to tell them how to run their country.  It also goes against the principle of being assumed innocent until proven guilty.

But this morning a letter signed by 21 western ambassadors and high commissioners - including the UK, US and EU appeared in the Kenyan Daily Nation - but sadly not in their online version - to the effect that their previous discussion of what would happen if Kenyatta were to win was wrong.

Danish Ambassador, Geert Andersen, wrote 'The choice of Kenya's leaders in the election is up to the Kenyan people alone. We do not endorse any candidate over another.'

Today's opinion polls show the race to be a statistical deadheat,  Back in January Odinga had a 12 point lead.
Posted by Dan Falchikov at 20:26 No comments:

White mischief at the Norfolk Hotel

Yesterday I went to Nairobi's Norfolk Hotel - a 1930s colonial era building which wouldn't have been out of place in Michael Radford's 1987 film White Mischief. As these pictures hopefully show. 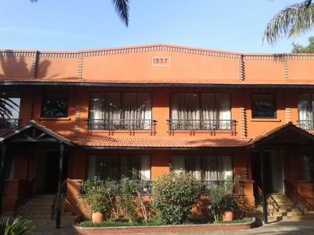 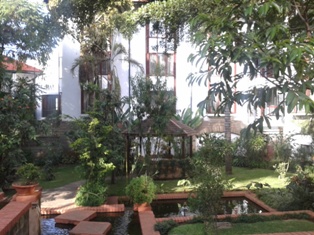 Posted by Dan Falchikov at 19:32 No comments:

Searching for the middle ground in Kenya? 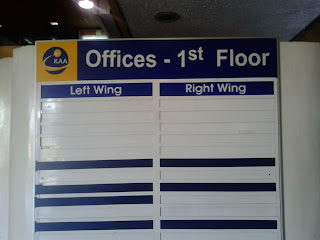 Posted by Dan Falchikov at 16:44 No comments:

...I'm off to East Africa for three weeks (for work) - conveniently missing the by election campaigns in Berrylands and Eastleigh (and no doubt some interesting revelations about the Papal succession).  I'm sure these will be covered by other esteemed Lib Dem bloggers.  But please bear with me if blogging is even less frequent than usual (although the content might be more interesting!).
Posted by Dan Falchikov at 06:30 No comments:

Well not quite.  And surely the woman behind the campaign - Lynne Gladstone-Millar - has to be related to the great man?

Posted by Dan Falchikov at 23:23 No comments:

Portobello's finest, Shirley Manson, with the unique sound of Garbage and 'Stupid Girl'.

Business minister and Lib Dem rising star, Jo Swinson, came to Kingston this evening to talk to local publicans and CAMRA members about the problems in the trade. 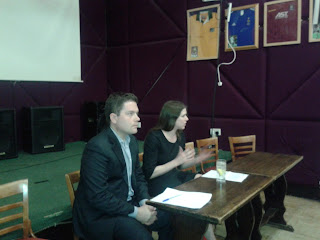 She got a good reception and the recent announcement from the Business Department aimed at tackling unfair business practices of the pubcos was well received.  Other issues raised included the lack of planning powers for local councils to prevent surreptitious change of use, minimum pricing, duties and the beer escalator.

Thanks to Rick at the fantastic Willoughby Arms for hosting. 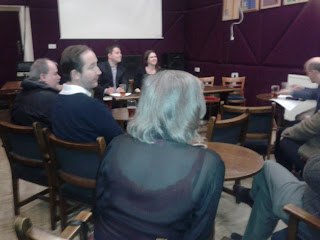 A little publicised fact in the downfall of Chris Huhne.  In the 2007 Lib Dem leadership vote - he was the preferred candidate Polly Toynbee (apparently also a guest at his champagne parties).  In a gloriously patronising and ill-informed piece on the election, Toynbee wrote:


"Huhne is most likely to seize the political opportunity on Brown's exposed left flank. Above all, he is toughest on proportional representation, the party's one historic purpose - to reform British politics."

Posted by Dan Falchikov at 00:36 No comments:

So farewell then Chris Huhne...

The inevitable consequnce of his guilty plea.  Huhne to quit as MP.  One assumes the by-election will be on local election day in May.

Hartley and Poole score for Hartlepool

Bottom of England's football League One, Hartlepool, won their first home match of the season 2-1 v Notts County with goals from James Poole and Peter Hartley.

And the game was rounded off by a quote of comedic genius from Pools (and former Hibs) manager , John Hughes who told the club website:

"It was important to get that monkey off our back in terms of the home victory..."
Posted by Dan Falchikov at 22:19 No comments:

This week it is Zoe with 'Sunshine on a rainy day' - a song I recalled while walking the dog in Richmond Park as the sun won its battle with the rain clouds.

Posted by Dan Falchikov at 23:08 No comments: