With thanks to Stephen Glenn's blog I am delighted to report a YouGov survey shows Lib Dem supporters really don't care care who snogs who on the tellybox.

However Conservatives seem rather more keen on girl on girl action than a bit of man love, whereas the less said about Labour supporters' social attitudes the better... 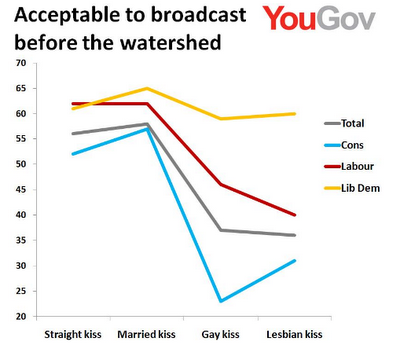