I appear to have annoyed Labour...

So just for you 'anonymous' I won't reproduce that picture. Instead I'd thought people might like to see how Gordon Brown swept away the old regime and re-established Labour's ethical foreign policy... 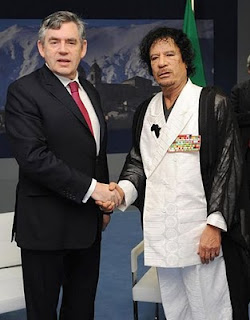